Scheduled for a 2 pm start time, the event will be the third Total Destruction event at the Otsego County Fairgrounds in Morris, NY and the fourth night of carnage booked at the storied arena this season.

In the spring, Travis Seward was the class of the field.

Austin Martin, driving at the State Fair for the first time, earned a win in an early 90's Lincoln, taking the overall State Championship in a duel with fellow Franklin County Fair qualifier Travis Charleson. Joey Foster was another solid finisher, flirting with the top five in the 46-car field. As Jason Sherman and Guy Raymond finished in the top five, each having competed in Morris at the Fair in July.

This event will conclude the 2014 season for Total Destruction, and many thanks go out to the sponsors, fairs and staff - and above all, the drivers and families - who helped make 2014 a success. 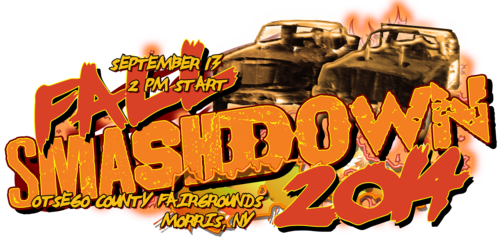