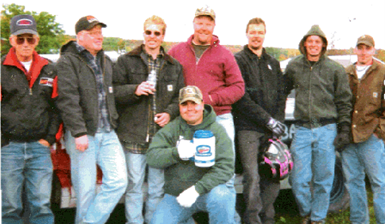 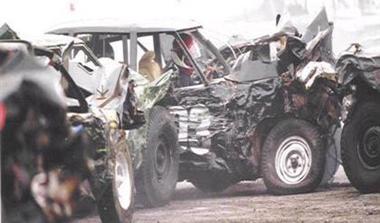 The Franklyn J. Rundell Most Aggressive Driver Award is given out at each Demolition Derby to the driver that most exemplifies the qualities that Franklyn "Frankie" Rundell showed during his Demolition Derby career. Frankie was a fun loving, full of energy type of guy who would always let you know where you stood with him.

On the track, Frankie was one of those individuals that you wish you did not have in your heat, because you knew that you were going to have to battle him for the win. He drove hard and the word "sandbagger" could never apply to him. He was known for building great cars no matter the make or model and for the big hit.

Frankie was an important part in the formation and operation of Total Destruction Demo Prodcutions and will never be forgotten by us or by anybody that met him or faced him on the track.